A cheerful chap called Brian drove us all the way up the coast through Port Elizabeth and on to Shamwari Game Reserve.  It took 5 hours in all.  Bayethe Lodge is tented accommodation (although you would never really know you were actually in a tent!) set in very peaceful surroundings of rich vegetation giving a real feeling of seclusion with spectacular views of the African bush.  The inspiration for the name of Bayethe Lodge comes from the Afrikaans “By-ye-thi” – “I salute you”.

On our first evening game drive at Shamwari, we saw a lion.

The really scary thing is, the lion is the beige coloured hump on the right – it looks just like a termit mound, which are everyhwhere here.  You could easily have driven straight past and missed it.  The kill from earlier in the day is on the left of the photo – see the ribcage – there is not much left. The lion was very full and content, so took little interest in the fact we were parked up so close to it

Brian said he spoke 3 languages – Afrikaans, English and nonsense! He chatted with us for most of the drive, which was a great way of learning about South Africa. This is just a small sample of what we learned.

There is no public transport outside the cities here, so you often see people walking alongside even very busy roads hoping for a free lift – or offering to pay for one .

70 percent of motorists carry no insurance, there is no requirement for an annual MOT and there is no points system for traffic offences.

The vast majority of cars are white – to reflect the sun. The King of Swaziland has 52 wives.

There is 32 percent unemployment and 10 – 15 percent of the population is illiterate.

Learning Afrikaans- Thank you very much is pronounced “buy a donkey”.  Thanks Brian!

Keep some spare 2 and 1 rand coins handy – most of the toilets are coin operated. 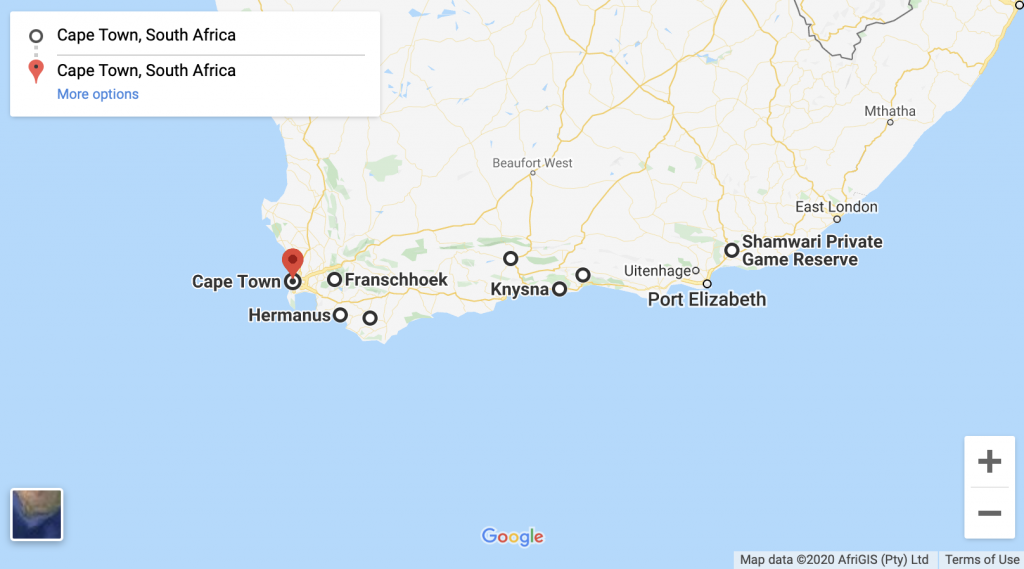 SOUTH AFRICA - FINDING YOUR WAY AROUND

Avoid the Queue via Route 62 – A Journey to the Unexpected