I was still hoping that things might get better as we went further north and into the Kuusamo national park area – a small town close to the Russian border about four hours from Oulu. Although we were told in the trip blurb that reindeer were a fairly common sight, we never saw one. We didn’t see an Arctic Hare either – although we did see tracks (possibly?!). We didn’t see any birds at all on the way either.

Nowhere had been booked for lunch – obviously not a priority – and the one place that looked like it had potential had stopped serving. We stopped in a layby by a forest where there were a few bird feeders strung .

I was so hungry, I was beginning to wonder whether it would be possible to eat the bird seed? Some Siberian Jays did – eventually – turn up. We heard the elusive three toed woodpecker drumming – I never saw it though. 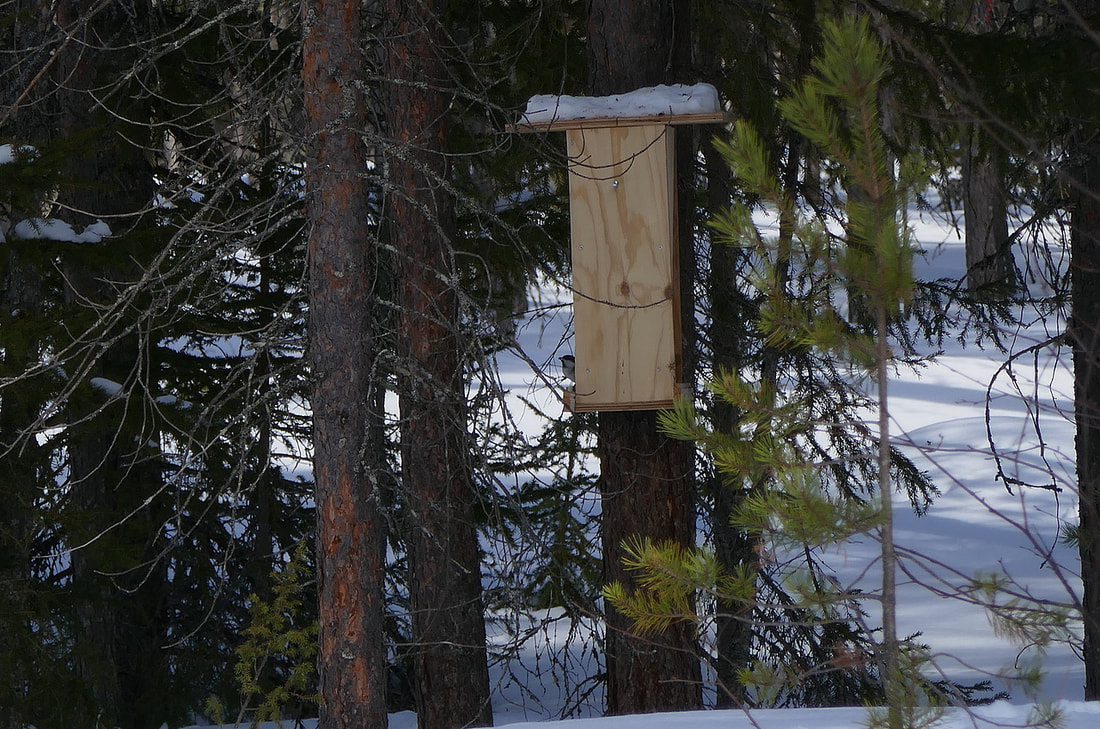 Another empty nest box. We saw an awful lot of these …!

The further north we travelled, the colder it got and the more snow there was. The VW vans were beginning to struggle (although the Winter tyres had studs to help). Our inexperienced tour guide was struggling to keep to the road. The windscreen was cracked. This was beginning to be more like an endurance test than a holiday. We did eventually stop in a service station for something to eat – not much to write home about though, I’m afraid, although I was so hungry by this stage, I would have eaten anything.

We eventually arrived at the next hotel, where there were no staff to welcome us.  The bags had to be pulled up steep steps. There were twin beds again and this time, no tea/coffee making facilities. The beds had half a blanket – so you could choose whether to keep your top half or your feet warm. I opted for feet – I could just about remember where they were.

Just as I was beginning to wonder if there were any staff or if the hotel was run by robots, the “EAT” command was issued and bowls of wallpaper paste (mushroom soup?) were thumped onto the tables, quickly followed by plates of reindeer on mashed potato with a big gherkin and a splodge of something red (unidentified, so I didn’t taste it). There was a big vat of what looked like cottage cheese for dessert – I didn’t try it. There were menus which offered promise of something better (although it was hard to make out the Finnish language) – but they weren’t intended for our trip anyway and no-one else there seemed to be ordering from them.

​We went out in the dusk and managed to find a pygmy owl, perched on top of a conifer a very long way away. It was far too far away in the low light conditions for the photos to have any chance of coming out though. 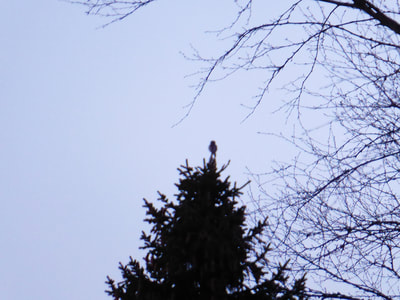 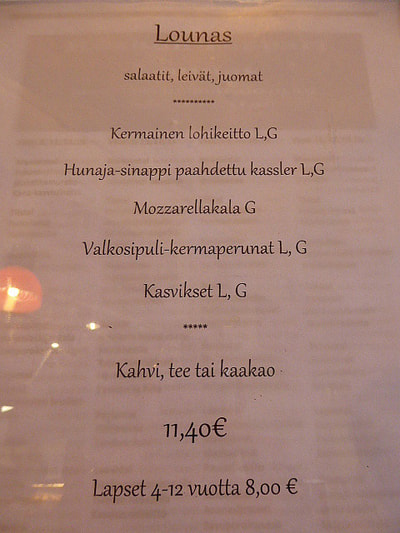