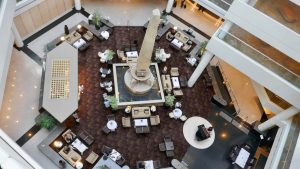 A well located, luxurious hotel with everything you need for a comfortable stay in Perth.  The free bus to King's Park and the Elizabeth Quay area stops right outside the… 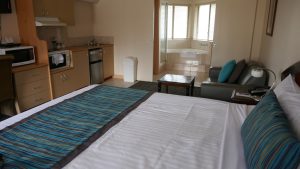 A conveniently located apartment style hotel - a short walk from the Main Street in Kalgoorlie and the Tourist Information Office and Museum..  Wi fi is a reasonable speed.  There…

It is a long way from Esperance to Kalgoorlie - and an even longer road from Kalgoorlie to Perth (7 hours with one brief stop).  With hindsight, we should have… 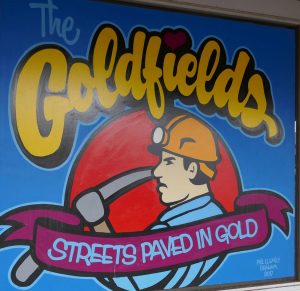 It is a 4 and a half hours drive from Esperance to Kalgoorlie, which gives you limited time to explore once you get there, so we made an early start… 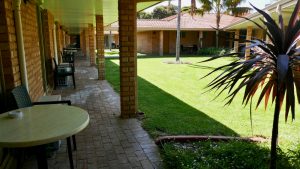 This hotel is everything you would expect from a Comfort Inn but with the useful bonus of a really good restaurant that is popular with locals.  The hotel is well…

We spent the whole of today driving the 40kms scenic loop that is the Great Ocean Drive, stopping all the way along the route for long walks and lookouts.  We…

Kangaroos on Lucky Bay WA
The road from Bremer Bay to Esperance was long – very long – and straight.  There were hardly any vehicles on it except the odd road train (shortish) which gave you a start as it rushed past.  The road took us through interesting sounding places like Jerramingup, Munillinup and Nindilibillup.  Up means “place of” around here – I wonder what these places we were passing through were places of …?  They didn’t have enough interest to make us stop long enough to find out.  We were keen to press on to Esperance – home of Australia’s best beaches.  It took us around 4 hours in total to get here.
Click on Read More to find out what there is to see and do in Esperance and see more photos …

END_OF_DOCUMENT_TOKEN_TO_BE_REPLACED 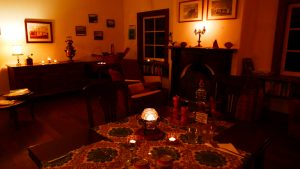 The only accommodation in the Fitzgerald River National Park.  Qualuup Homestead Wilderness Retreat is situated on 40 acres of privately owned bushland in the western side of the National Park, near… 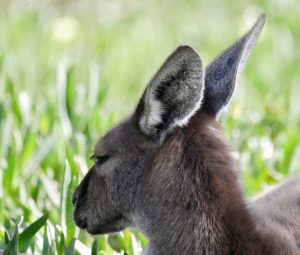 We woke early and enjoyed a hearty breaky (pronounced brekkie) at the Three Anchors in Alby. (Hey – this learning the lingo is a real breeze!).  A group of other early risers were lifting weights with big grins on their faces outside the cafe.  Middleton Beach has a net line set up for swimmers (large marine animals can’t pass through it, but small fish can) and there were half a dozen of them braving the cool morning to have a dip in the ocean.  They all came in to the cafe to warm themselves against the roaring log fire – standing in bare feet to sip on their flat whites and long blacks.  No-one opted for a London Fog (a very sweet coffee, apparently) – we didn’t try it either.

​It was interesting to see that a 3 bedroomed house the same as the one we were staying in was on the market for $299,000 AUD (about £165,000).  The news in WA this morning is that the euthanasia is on the brink of being approved by the WA government in response to public pressure.  Same sex marriage is definitely nowhere near getting to the statue books though.

We pulled in at a garage in Albany (Alby) and were surprised to find that our car was filled up for us – the garage is proud to declare that it is 100% locally staffed.  It’s a long time since that happened in the UK.  The drive to our next stop near Bremer Bay was about two and a half hours straight, so we took a short detour via the Stirling Range National Park, which allowed us to climb Buff Knoll and enjoy the panoramic views of the surrounding countryside.  The propensity to change colour through blues, reds and purples is captivating.  The Park has over 1,500 species of wildflowers with more than 100 different species of Orchids including renowned Queen of Sheba Orchids and Stirling Bells. The hike up to the Bluff Knoll (6km return 3-4 hrs) is well graded tourist track and the view from the top is spectacular.  We decided to get to the half way point (2 hours return) as we had a fair drive on gravel roads in too country ahead of us and didn’t want to risk arriving after dusk.  The path was very steep, but decorated with many pretty wildflowers – many of them white, interestingly.

Tip for Future Travellers
Many of the National Parks do not allow dogs or any other domestic animals.  They are treated with poison to deter anything that may prey on the indigenous wildlife (possums etc.).

The road passed through changing countryside as we drove past large fields of wheat en route to our next stop close to Bremer Bay.  A powder blue sky opened out before us – a sky so big you felt like you were right in the centre of the world somehow (rather than at the end of it!).  The sky was filled with whips of fluffy white clouds all around us – as if someone had spent the night tearing strips of a humungous cotton wool ball and let them go in the breeze to float away.  You just can’t do this sort of landscape justice with a single photo.  We stopped to refuel (never miss an opportunity!) at the Boxwood Hill Roadhouse – the last fuelling stop before we hit the wilderness of the Fitzgerald River National Park.  I’ve heard that Roadhouses are nicknamed a “chew and spew” here – this one didn’t serve any food though, so I suppose it wouldn’t count as one of those (unless you include mint flavoured Tim Tams, which I couldn’t resist purchasing.

END_OF_DOCUMENT_TOKEN_TO_BE_REPLACED 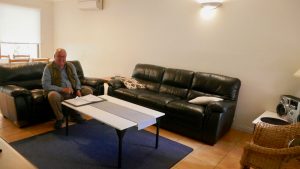 Spacious self catering accommodation with a fully equipped kitchen and a washing machine.  Our unit (No 10) had three bedrooms - more than we needed, but great if you are…