Skip to content
Love To Wander - A Travel Blog
This morning, an hour or more’s driving was rewarded by a cheetah sighting. The kill was fresh – somewhat distressing (more so as the prey was a pregnant female springbok) until you get used to the fact that you are watching the natural world all around you as it happens in real life here. The light was right and we were – with some valuable guidance. From our very talented guides – able to take some great shots. 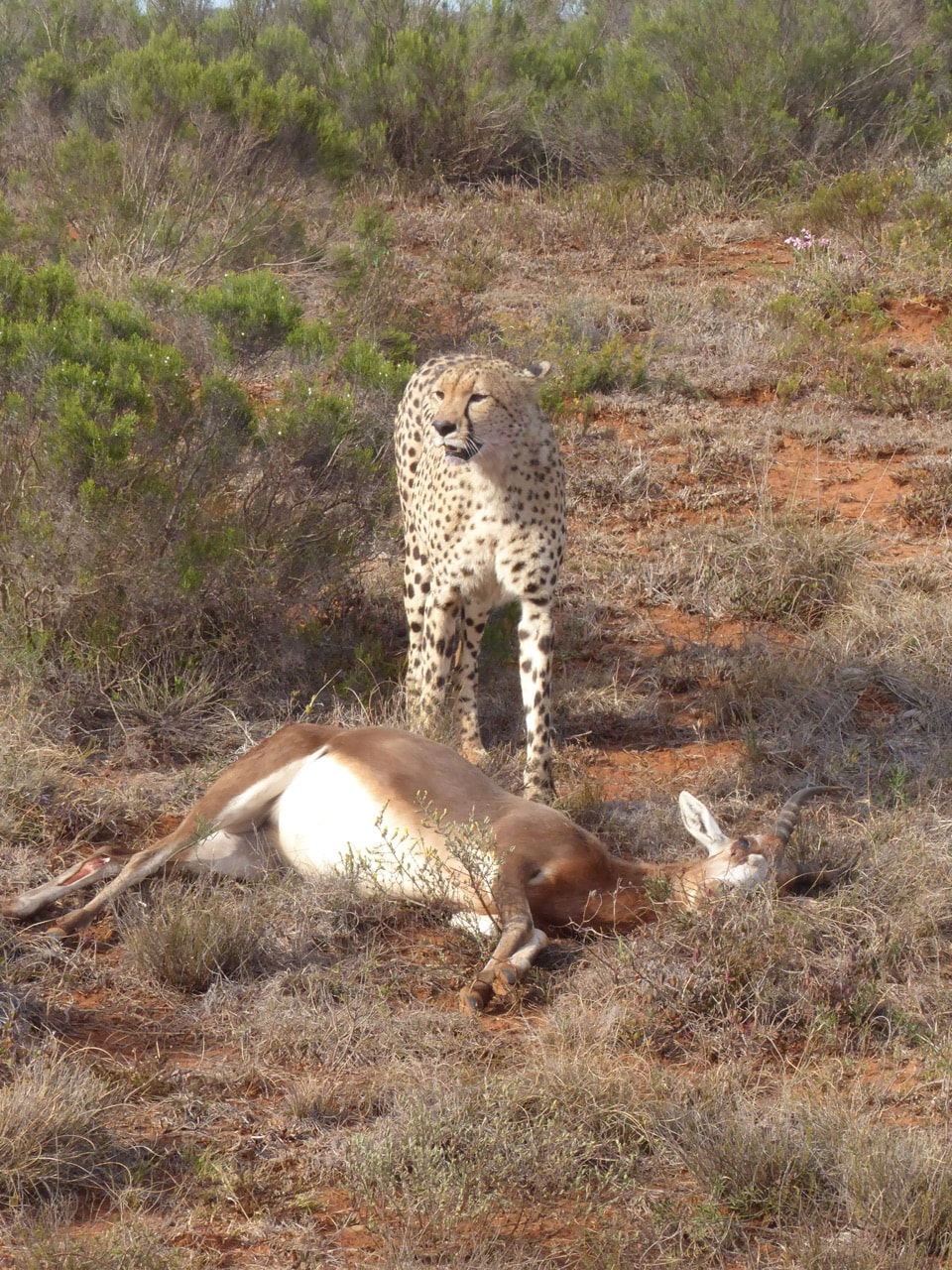 The vegetation in the bush is pretty formidable, with many thickets and lots of thorns, which the elephants don’t seem to mind munching through a bit. Occasionally, there is a flash of colour from a flower – there aren’t that many here, which makes those that you do find even more special. I managed to capture a lovely shot of a bright red cotyledon flower.

We encountered a black rhino just shortly afterwards and our guides explained that you are not allowed to approach these formidable animals on foot in Shamwari as they have the potential to be extremely dangerous and aggressive. After watching them for ten minutes or so, our guide went to start the engine – and … you guessed it … it failed to start. He tried four times more – no joy. I was a little scared – although our guide remained calm and relaxed, so we were confident we were in very safe hands. We had to wait until another vehicle came along who bump started us. Very relieved! We were lucky enough to see a white rhino too.

Shortly afterwards, we were completely surrounded by elephants. I gave up taking photos at this point and just sat and watched these magnificent animals and listened to them munching happily through the thorny thickets. They used their huge spongy feet to hold down the thorny branches as they carefully used their trunk to pick off the juiciest green leaves.

As the light began to fail, we saw buffalo – so now four of the Big Five had been ticked off. There is little chance of seeing a leopard here – Kruger has better options for this, but they come with a long trip to Johannesburg and the risk of malaria, which personally, I didn’t feel would have been worth it. We’ll have to make do with a leopard on a 200 Rand note. All the notes have Nelson Mandela on the back and the Big Five on the front: 10 Rand has rhino, 20 Rand has elephant, 50 Rand has lion and 100 Rand has buffalo.

Glad I packed – a warm fleece and buff – it was very chilly coming home!

Breathe it all in and unwind …