Skip to content
Love To Wander - A Travel Blog
From the village in Durness, you can walk out along the edge of the cliffs at the edge of Sango Sands and out along the headland all the way to Faraid Head.  It is about 4 miles to get to the end of the headland and another 4 miles back along the bay.  The path takes you very close to the roaring ocean and – as the cliffs are fairly low – you have a feeling of almost walking in the sea!  There is a military site at the end of Faraid Head which is a bit of a shame, but you can understand why the MOD would choose a remote location such as this for their practice area.  There is a very apologetic signboard explaining why it is necessary to operate sites like this. 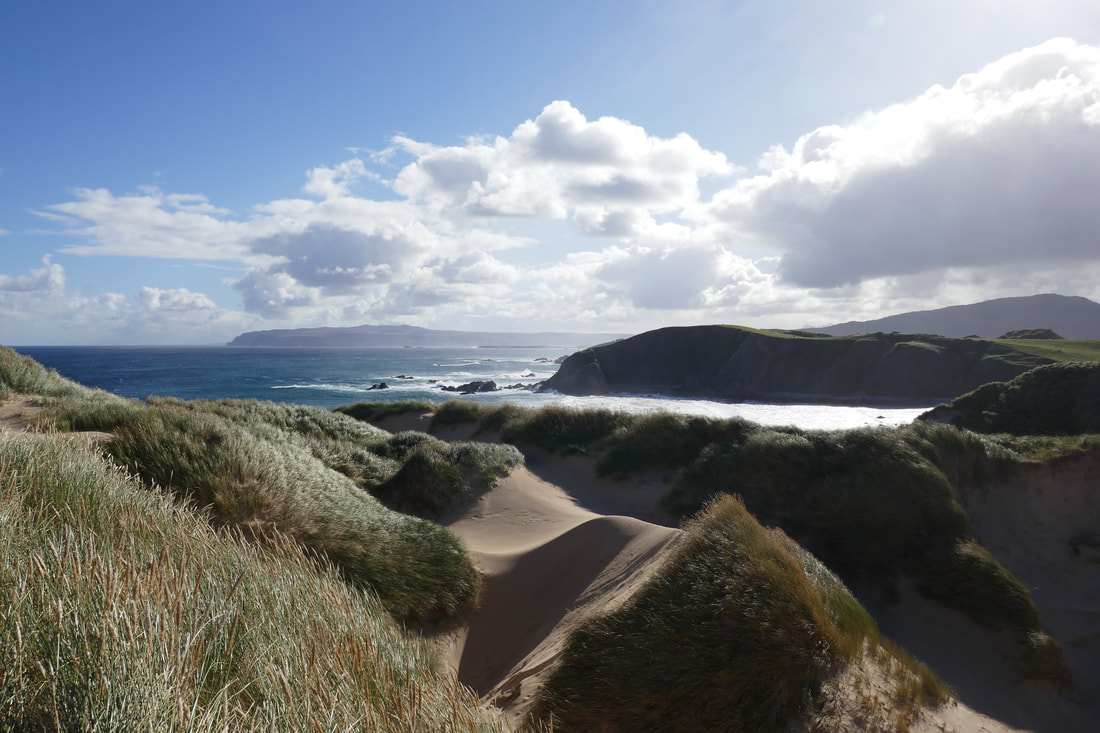 There was a huge rabbit warren at the start of the path – the rabbits all scuttled back into their burrows as they heard us approach.  Along the way, we say many toadstools, thistles and harebells.  In the Summer, the4re are orchids and purple primroses.  The path leads to an area of massive sand dunes – so big they dwarf you – and you can wind your way between them down onto beautiful Balnakiel Bay.  The sun was shining today and the view across the deserted white sands over the deep blue ocean was like something out of the Caribbean!  There were several jellyfish on the beach – some of them very large and lots of sandworms.

The path back to Durness leads back through Balnakeil Craft Village, which gave us a good excuse to sample another signature hot chocolate.

It is rare to find an area as beautiful and remote as this in Britain these days.  We walked for most of the day along deserted coastline and saw hardly anyone.  It was well worth taking the extra time here to explore on foot as the spectacular coastline would have remained a hidden secret if we had just stuck to the road.

Use the search facility to get straight to content that you are interested in.  Popular search tags are: