It was a day’s drive from Tongariro to Wellington via the twisting, scenic Wanganui River Road.  I read somewhere that the Maori name for roads is nakuru – or witchcraft – so called because they are in a way magical: one minute they surface, unfolding along rolling farmland; the next they vanish into deep jungles laden with silver ferns.  Rush hour here is a duck family crossing the road.

The next day, we boarded the Interislander ferry from Wellington to Picton – a 3 and a half hour journey.  From there, we boarded a pre-booked water taxi (operated by Cougar Line enquiries@cougarline.co.nz) and arrived at beautiful Punga Cove Resort an hour and a half later. 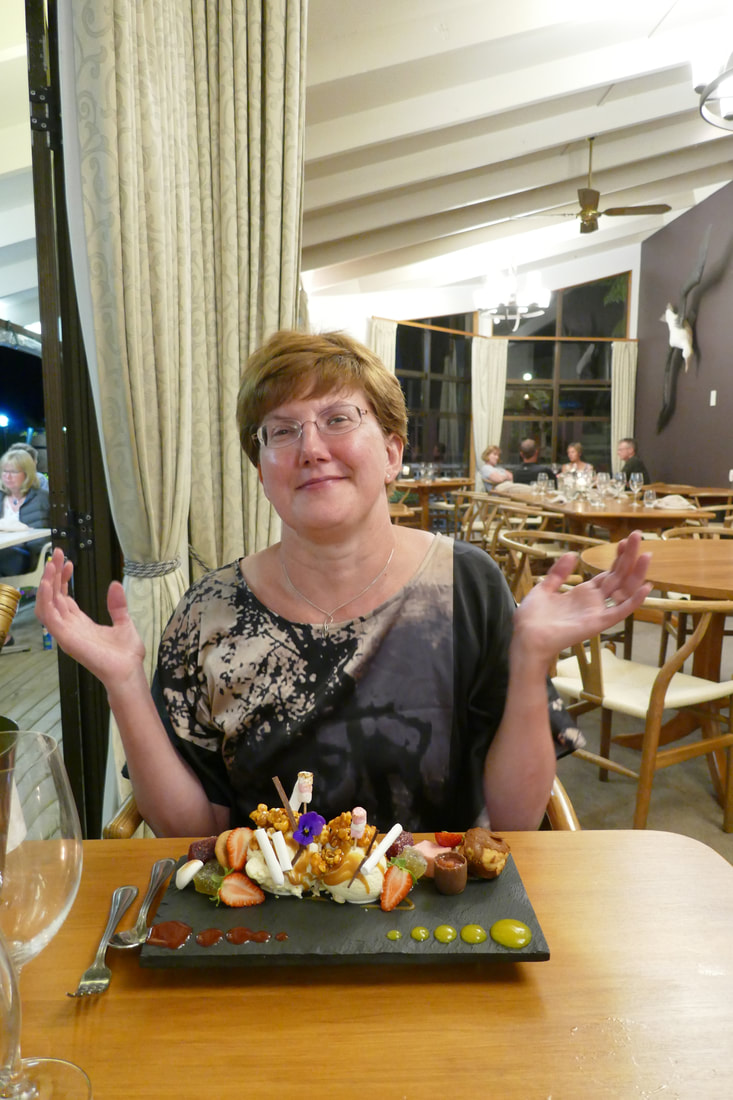 The main access here is by boat.  Everything arrives that way – from wine to laundry – and has to leave that way too.  Giant bags of clean laundry are hauled off the ferry and tossed between three crew members to deliver them to the resort.  Bags of laundry for washing are then hauled back the other way.  This is part of the reason that the trip takes an hour and a half – although no one is in the mood to rush anything around here.  There is a very relaxing vibe here, helped by the music they play in the little bar on the wharf: “I just called to say I love you”; “Under the Boardwalk” etc.
​
The relaxing atmosphere isn’t universal though.  I read in one of the local newspapers en route that there was an initiative launched by farmers who were posing naked for photos looking out over their land to produce a calendar to raise awareness and funding for mental health services.  There are many very isolated communities where long days need to be worked to earn relatively small amounts of money.  For some people, life can be very tough here.

Foodie firsts:
Feijoa – a fruit a bit like a fig, but with white flesh which was turned into a lovely pear flavoured jelly to have with our morning toast at the B&B.  They grow well in the Tongariro region.

A long, cold beer after a 12.7km walk to Furneaux lodge along the side of Queen Charlotte Sound.  We caught the water taxi back at the end.

First go at sea kayaking – it is much harder than it looks – especially when it is windy!

Lowlight:  We were expecting a lot from the waterfront area in Wellington, but it didn’t really live up to expectations.

Photo opportunity I missed: – an octopus spotted swimming just by the jetty at the resort.