Let’s go for a Hike – Across a Boiling Cauldron?

Today, we visited the Norris Geyser Basin. We stopped off at the Museum of the Park Ranger first.   We learned that most of the Bears in the Park are in the higher territory where there is an abundance of worms – that made me feel a bit safer.

We also learned that bison can run at 50 miles per hour – so now, I am scared again as there are far more bison here than bears! The bison like to come to the Norris area in the Winter apparently, because the hot water melts the snow and they can forage more easily – although they can forage though up to 15 inches of snow, apparently.

The museum is worth a trip. it tells you all about how the Park Ranger service grew from what was originally a military unit based at the park. Their mission is to interpret (help visitors to appreciate) and protect. In my second life, I think I might come back as a Park Ranger, though they say the most difficult bit of the job is to keep cheerful and smiling doing the same job day after day. They are without exception always friendly, helpful and very knowledgeable – I wish we had them in National Parks back home.

This is one of the most volatile hydrothermal areas of the Park. Many of the hot springs and fumaroles have temperatures above boiling point 200 degrees F.

The complete unpredictability of this area is it’s most interesting feature. Boardwalks take you across all the boiling and hissing features and a smell of sulphur fills the air.

It’s not often you choose to hike across a boiling cauldron – this trip had a number of very memorable firsts for me!

Sometimes, there is so much steam, you can’t see where you are going. You have to be very careful not to step off the boardwalks as the surrounding area has a very thin crust.  Several accidents do happen here every year – but only when visitors don’t follow the rules.  As inhospitable terrain goes, in my view, this was infinitely worse than the Badlands. We joked as we walked around that a bison falling into one of the craters would probably have been the first Indian take out meal!

Pork Chop Geyser – in September 1989, it exploded and threw rocks more than 61 metres in the air

Yellow Funnel Spring – the area became superheated in 2003 and the boardwalks got toasted, overheating visitors’ feet.

Emerald Spring – With a PH of 3-4, this is the largest known acidic geyser – almost as acidic as vinegar. Wolf spiders stalk flies that breed in the warmth of the bacterial mat. 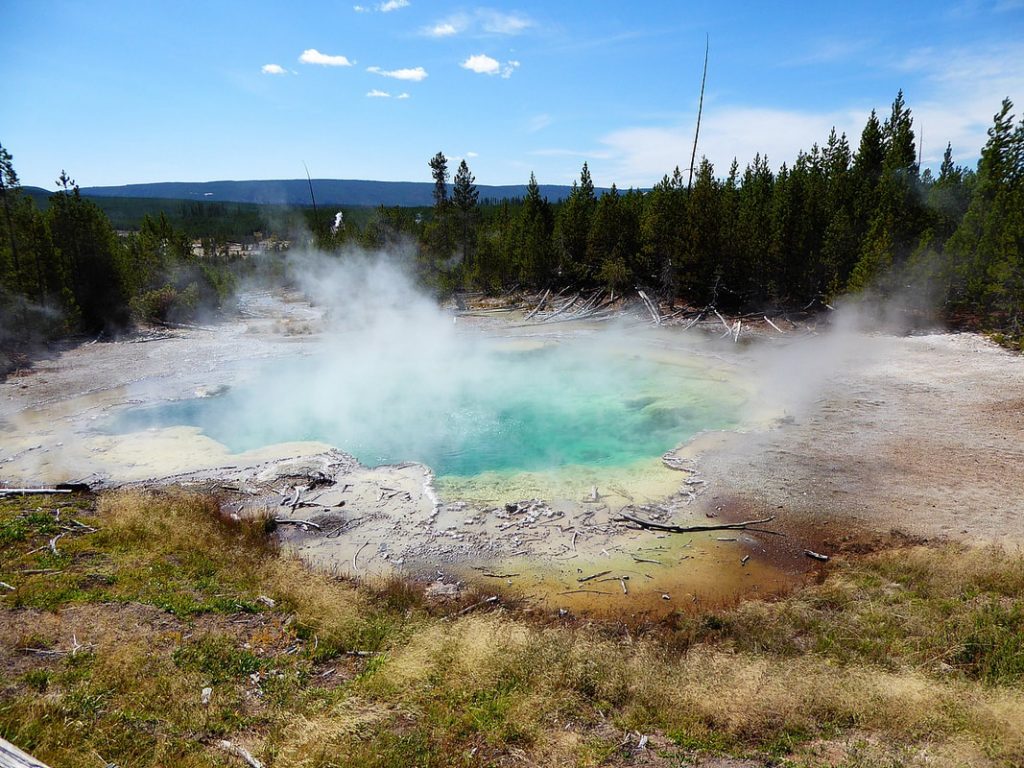 Steamboat Geyser is the world’s tallest active geyser at 91 metres. When it erupts, it lasts for 3 – 40 minutes and can be heard miles away. The last time it did this was September 3rd 2014.

On the way to our next hotel at Lakeside Lodge, we were held up by a bison road block. There were so many of them and all very close to the car – closer than the minimum recommended distance of 25 metres. when you are in a car in a jam though, there isn’t much you can do.

You can’t go forward, you can’t go backwards and you can’t go sideways either. At one point, they started to run a bit and I was desperately trying to forget the fact that they can run at 50 mph – but actually, that’s all I could think about – and there were SO many of them … My heart was pounding in my chest. I was VERY glad when they eventually finished slowly crossing the road and staring into the cars as they went. The Rangers say they don’t attach cars – but you can never be too sure can you? Bison attacks are the most frequent security problem in the Park – although usually only when people break the rules.

We arrived at Lake Lodge Cabins and took a stroll along the lake in the early evening. This isn’t a lake – it is a sea – it has some really quite big waves on it! 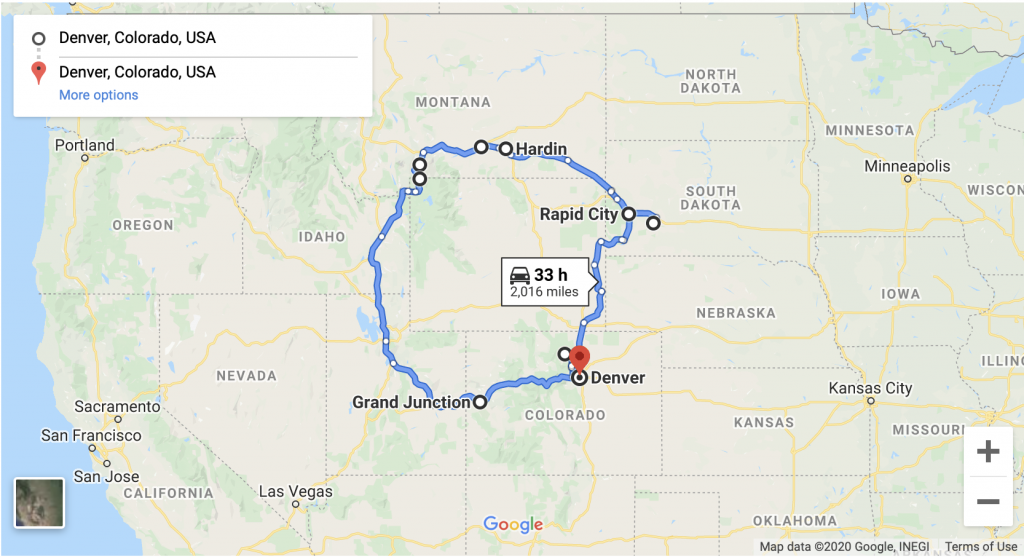 YELLOWSTONE - FINDING YOUR WAY AROUND