The day started early at 5am with a beautiful sunrise – doubled by its reflection in the Pacific Ocean.  The first few minutes just before I wake up are usually like intermediate steps from light to shadow – my vision is dim and my mind not yet fully focussed.  This morning, I was woken by the loud shrieks of howler monkies and the din of a million cicadas, then soothed by the sound of the ocean as the sun rose over it.  It was the quickest move to sharp focus I can remember – the sunrise was absolutely spectacular – the outstanding highlight of this trip. 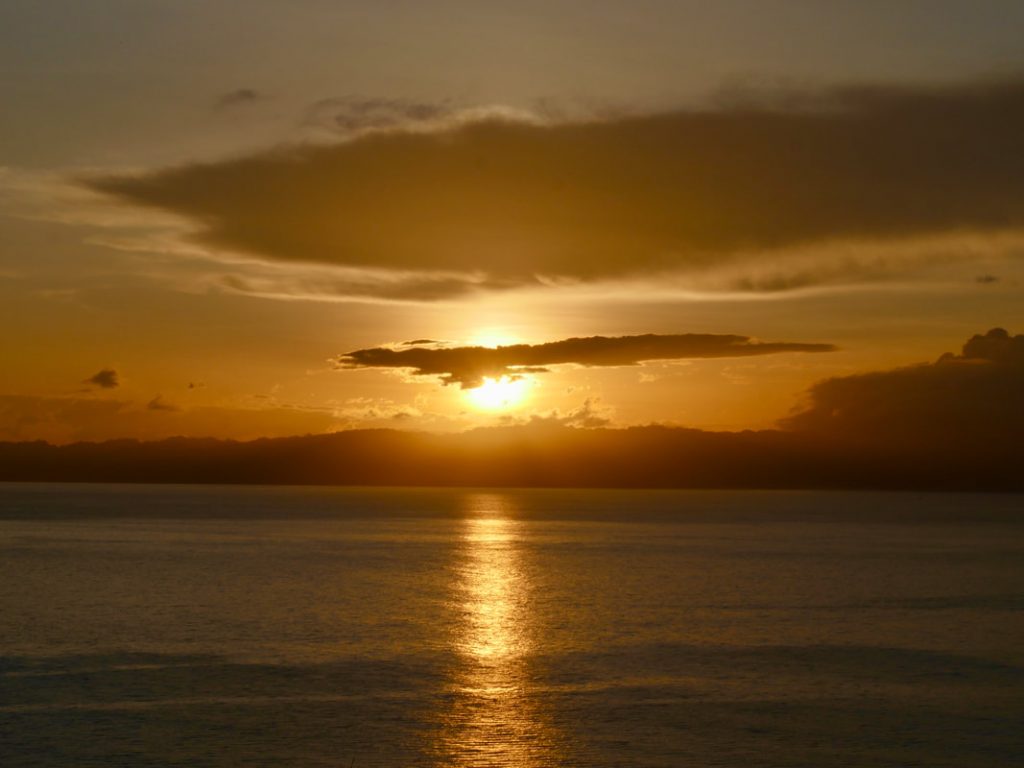 The tropical day is always the same length – the amount of daylight and darkness doesn’t vary all year.  The sun rises at around 5am and starts to set at 5pm – definitely an early to bed early to rise sort of place. 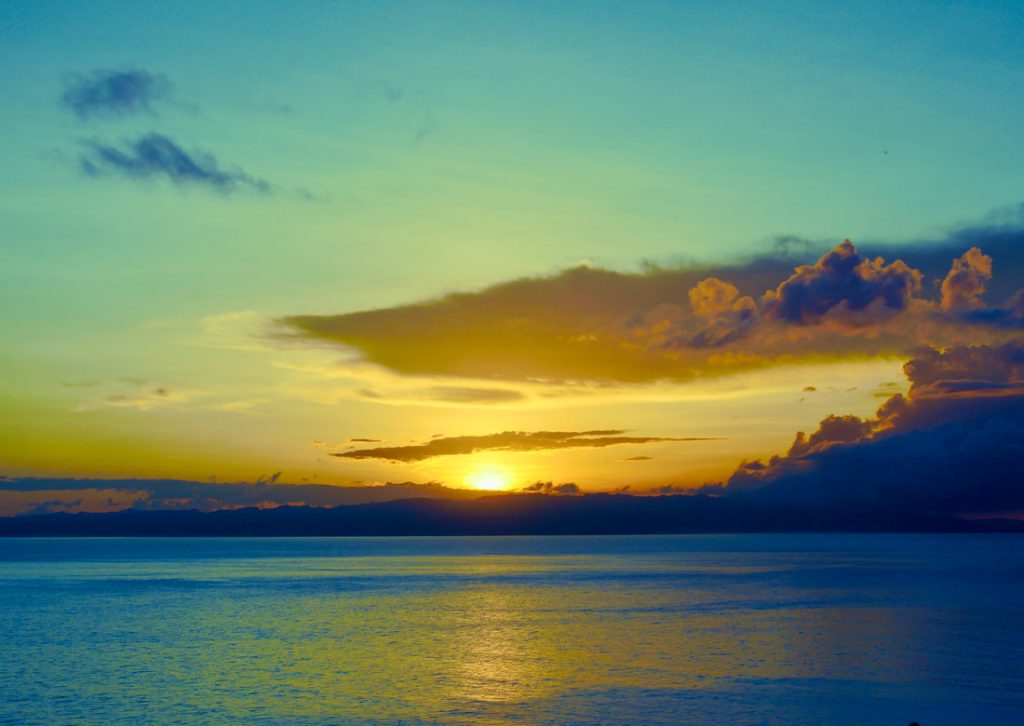 A 4 hour guided hike through the forest yielded all sorts of treasures.  The tropical sun shines brightly and directly – not at an oblique angle like in temperate zones.  It makes everything crystal clear and almost transparent, lighting up the veins in the leaves so clearly that you can almost see the sap travelling up and down.  Butterflies and dragonflies gain a captivating translucence in light like this. 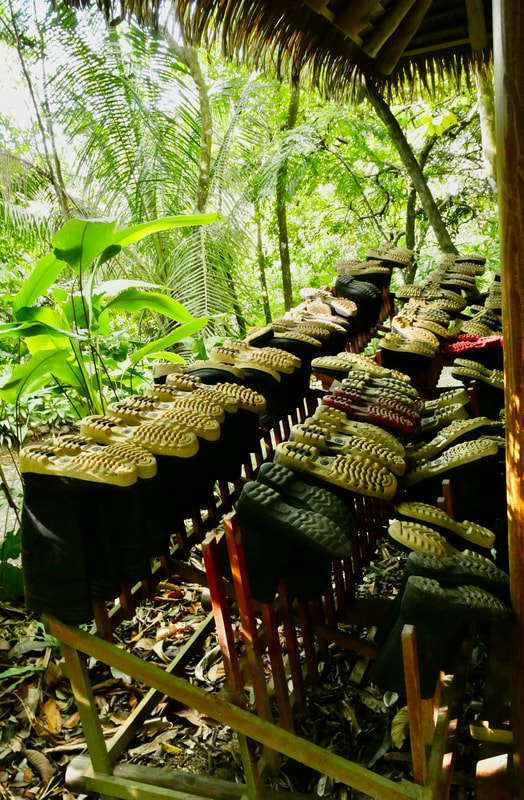 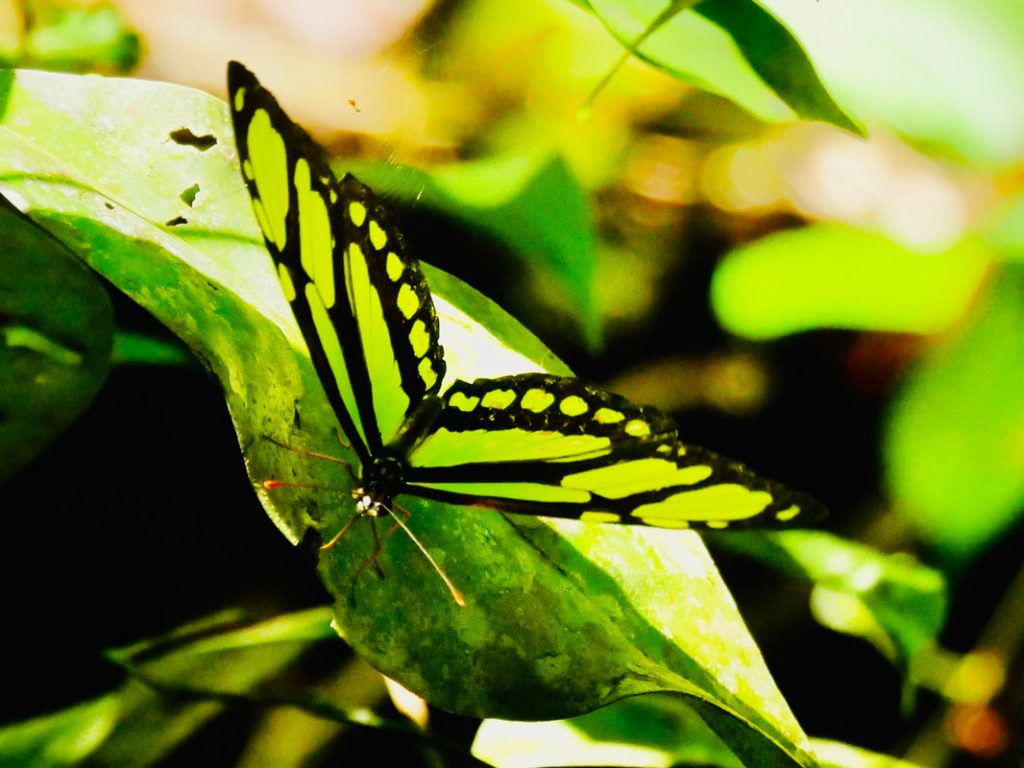 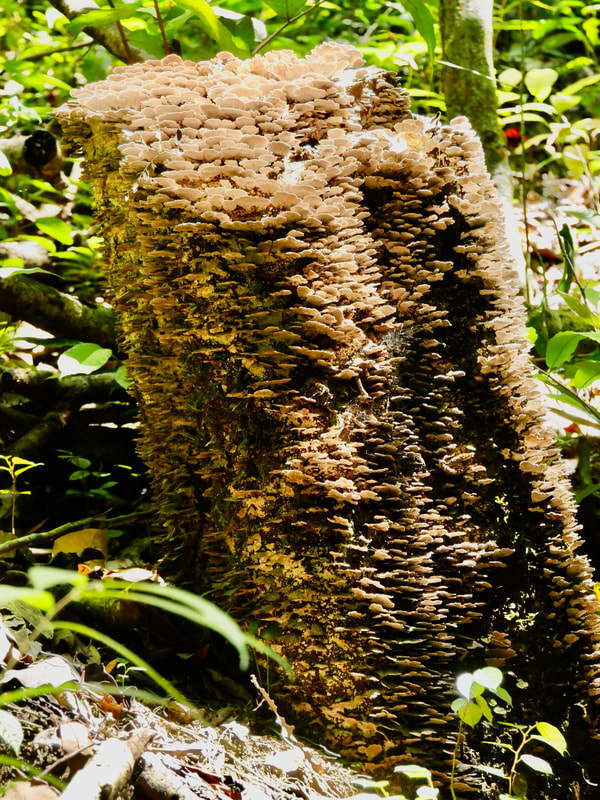 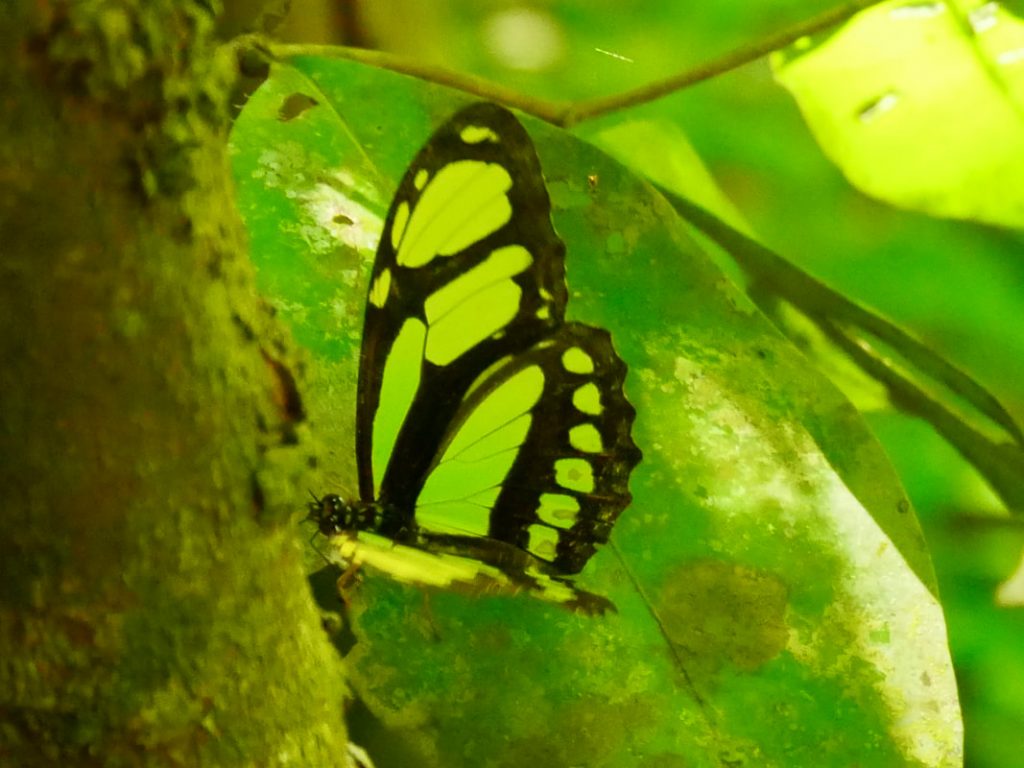 Our guide today remembers when the lodge here was first built – there were no trees then, they had all been cleared and the first three bungalows were built on grassland/cow pasture.

The lodge is surrounded by secondary forest, carefully replanted by its owners and the guides here to attract as many species of tropical birds as possible.

Primary, hardwood forest neighbours the property and that is where we hiked this morning.  Our guide also remembers when gold mining was allowed in Corcovado – before the National Park Service put a stop to it and paid squatter families (farmers) to leave.  In 1975, a Japanese company wanted to buy Corcovado forest and grind it into chips to pack stereos.  The hardwood is very valuable for furniture too – a single mahogany tree can be worth $10,000 – you can understand the attraction of logging.

By 1985, game animals were practically eliminated from Corcovado.  In 1987, United Fruit pulled out of Costa Rica after a strike over wages – oil palms were becoming more popular than bananas.  Unemployed banana workers turned to gold mining instead.  There was a long campaign to “Save Corcovado” and the miners were gradually persuaded to leave.

Thankfully today, the forest has regenerated and Corcovado National Park has 500 tree species and 365 bird species, 8 of which exist nowhere else in the world. 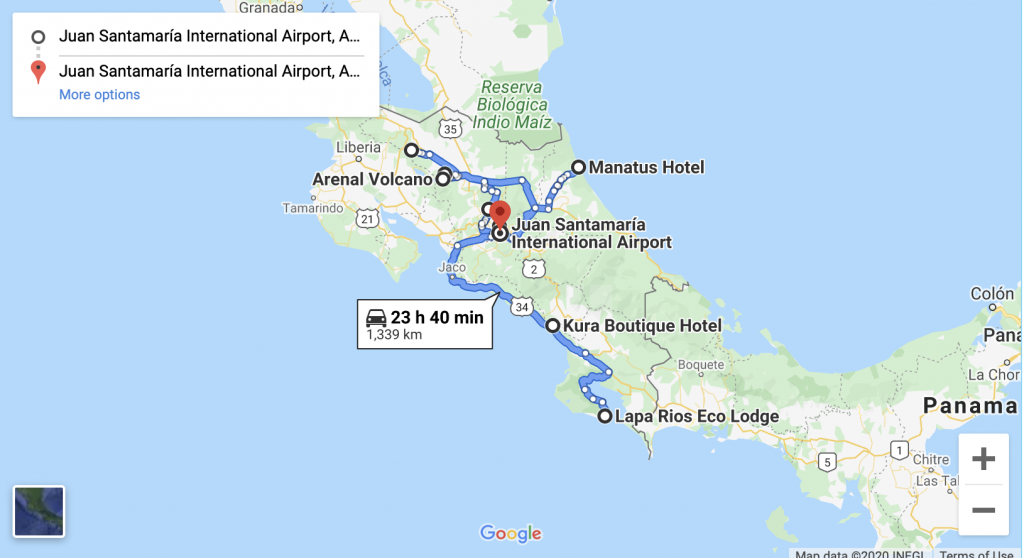 Celeste River National Park – Walk with the Eyes of …