Our Scotland North Coast 500 road trip ends today with aa 5 hour drive south from Dunblane home..  It has been an interesting trip to this remote,  far flung land where there is a marvellous amount of nothing to do.  If you are looking for solitude, room to wander and reflect and allow yourself to ” just be”, then you will find plenty of it in the Scottish Highlands.

The North Coast 500 is certainly a spectacular road trip – equal or better than the Garden Route, the Big Sur. the Beartooth Highway, the Badlands Loop the Canadian Iceway or the Coromandel Peninsula NZ that we have experienced previously.  Although only established in 2015 (with support from Prince Charles), its reputation is growing quickly with world’s best road trips ratings: of  CNN Travel No. 2, Wanderlust No. 11, Hello Magazine No. 8, The Telegraph No.4.

You can obviously do this trip either way round, but I think East to West is best because the scenery on the West coast is much more stunning than the East, so you can get the history and a feel for the place on the East and save the best until last on the West coast.

It would have been quite possible to do this trip in three or four fewer days, though this would have given much less opportunity to explore on foot, especially making allowances for the rain and windy weather.  It would be possible to complete it in just a week, but to do it all in the car would be missing a huge amount.  We walked a total of 135kms in two weeks and the walks were the highlights of the trip for us.

Perfection on this trip would have been a combination of the best bits of all the hotels we stopped in:

The North Coast 500 Guidebook by Charles Tait.  A comprehensive guide to all the region has to offer.

Wish I Had Seen

Castle Mey (ran out of time!)

Wish I had Packed 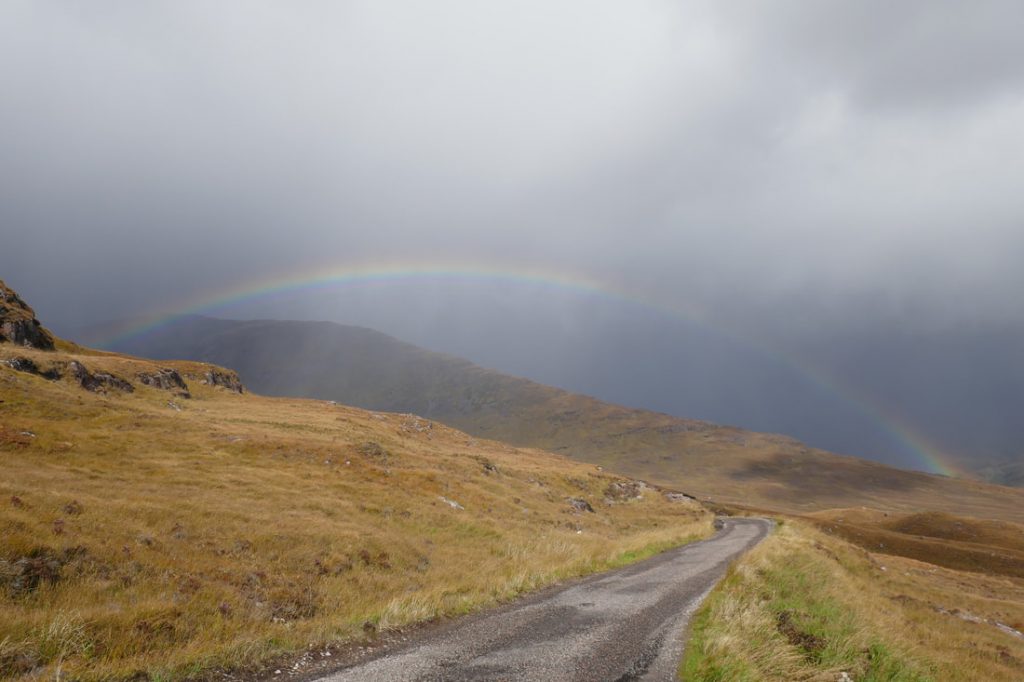