Breakfast at the Three Anchors Middleton Beach was generous and set us up well for a day’s hiking, although the day started cool and damp, which took a while to clear.  A short distance out of Albany brought us to the Gap and the Natural Bridge in Torndirrup National Park, both of which can be visited from the same access point.

Even in dull weather, they were pretty spectacular.  The power of the Southern Ocean rages beneath you as you reach over the ledge to take your photo, backed by the safety of some mega sized steel girders.  The rock is Gneiss (pronounced ‘nice’ endearingly) – a meta orphic or ‘changed’ rock.

A short drive away along th coast brings you to the blowholes.  When they blow, these could be pretty spectacular I think – up to 3m high – but they weren’t blowing today.  You could hear them beneath you, but you couldn’t see them.

The path was slippy in the rain and the health and safety protection left a bit to be desired – there was nothing there basically other than a sign that looked like it was ready to blow away into the ocean.  You could have easily stood practically on top of a blowhole and not even realised it – until it blew.

Our original intention was to visit the Castle Walk – Porongorrup National Park.  It was very wet still though and this 4kms return walk has a ladder at the end and a steep climb up a pegged track.

Reluctantly, we decided today was not a good day to attempt it – the view from the top would probably not be worth the effort on such a dull day and the risk of slipping and injuring ourselves, potentially ruining the rest of the trip, was all too real.

Still, it’s always good to be left wanting a bit more – we’ll just have to come back one day.  A campavan might have given us more flexibility to stay here an extra day – there is plenty to do.

Instead, we walked the boardwalk along the length of Middleton Beach and all the way back along the beach to our chalet, which took us all afternoon.

The weather had improved by now and the sun was shining again, lighting up the many wildflowers along the route.  The interpretive noticeboards along the trail tell you all about the history of Albany and Charles Darwin’s visits to it.

If you come in July to September, you have a good chance of seeing Humpback Whales and Southern Right Whales from this path.  I was a bit disappointed we couldn’t do the Castle Walk – but reminded myself that sometimes, it is good just to take a slow walk to nowhere in particular – we are called human beings, after all, not human doings! 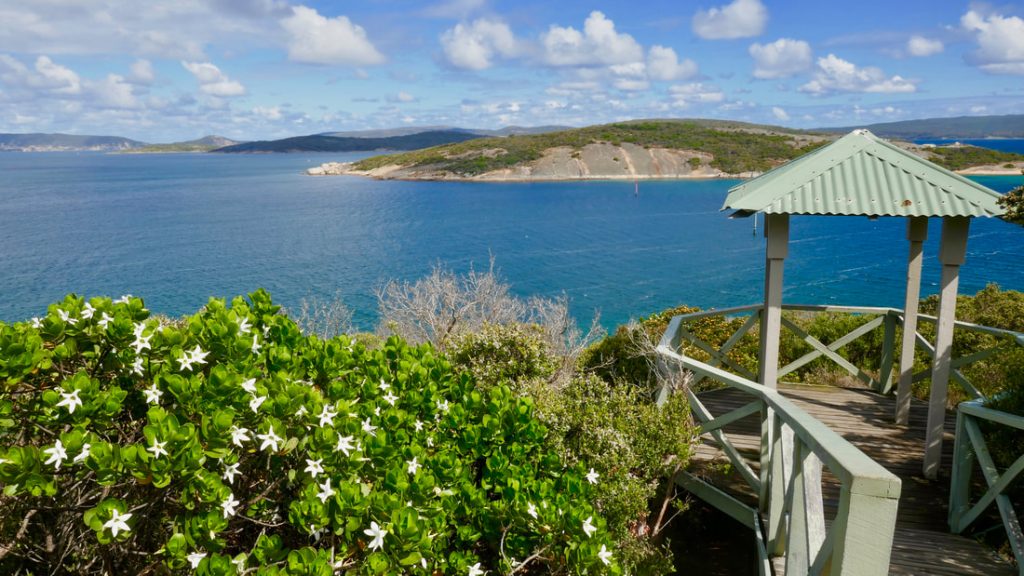 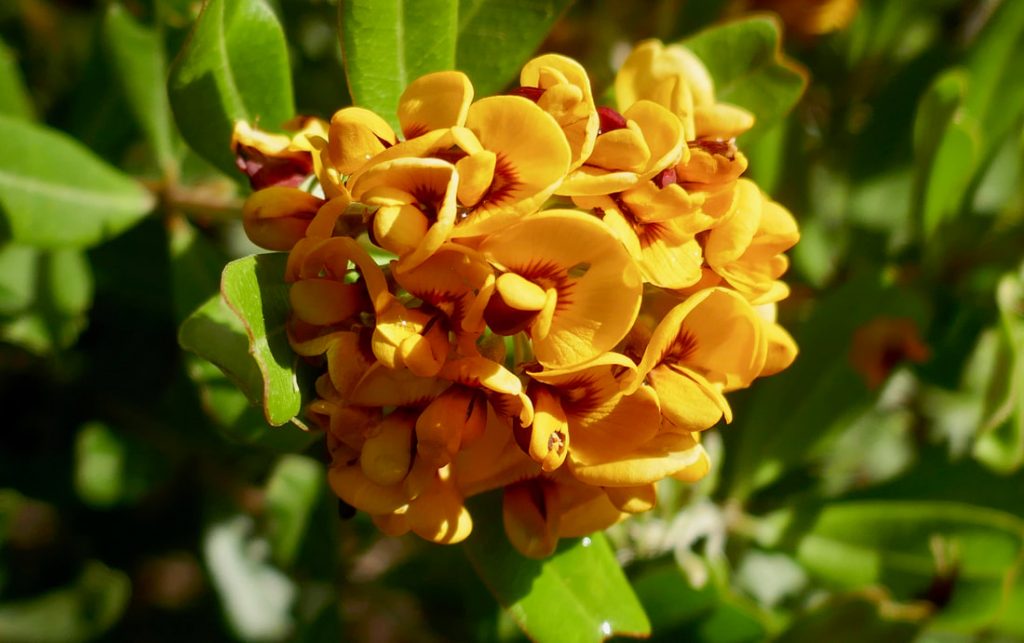 We bumped into another lovely Aussie couple on our walk and got talking about the population size in Australia.

The Australian average, by stark contrast, is just 6 people per square mile.  To compound the emptiness of the interior, 86 per cent of Australians live in the cities along the coast and leave the rest of the country undisturbed.  Bill Bryson – Travels in a Sunburned Country

If you are reading this John & Alice – I hope you get better weather than we did – and send me that photo – good luck!

If the afternoon had continued to be wet, we would have visited the Anzac Centre – a museum dedicated to the soldiers who fought in WW1.  The museum has been voted best in Australia and I’m sure would have been very well done.

As the catchphrase goes you can’t have a gaytime on your own!.  This iconic Australian ice cream snack was created in 1959 by Aussie company Streets. Golden Gaytimes come in a variety of flavours to cater to all tastes and they have the best name ever. So you really do have to try one.

They are a bit like a cross between a thin choc ice and a solero, with the bottom half sandwiched between two biscuits – yummy!

​Furphy is part of the famous Australia vernacular.  It means a tall story/exaggeration.    This refreshing, smooth, crisp beer is well named – it goes down a treat when you’re spinning a yarn with mates. 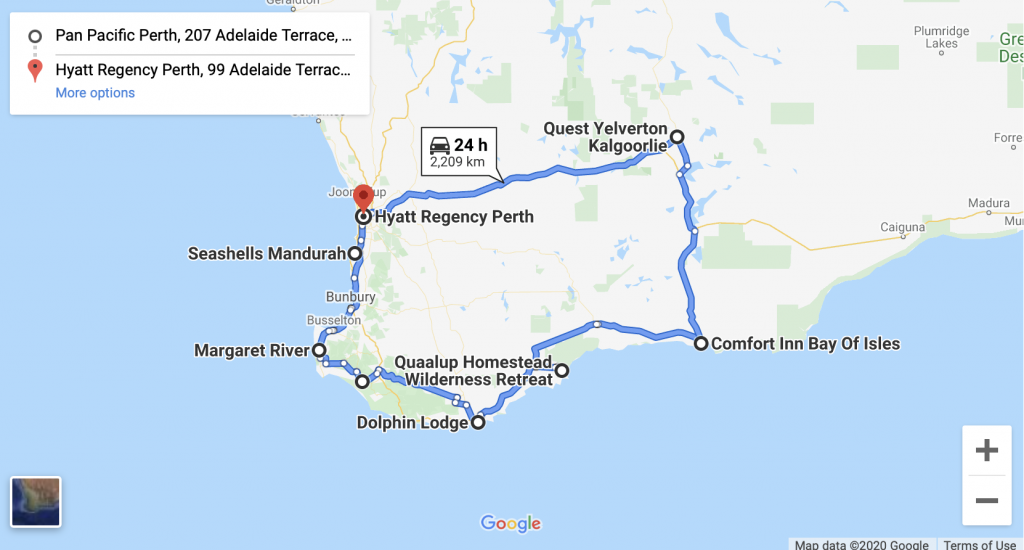 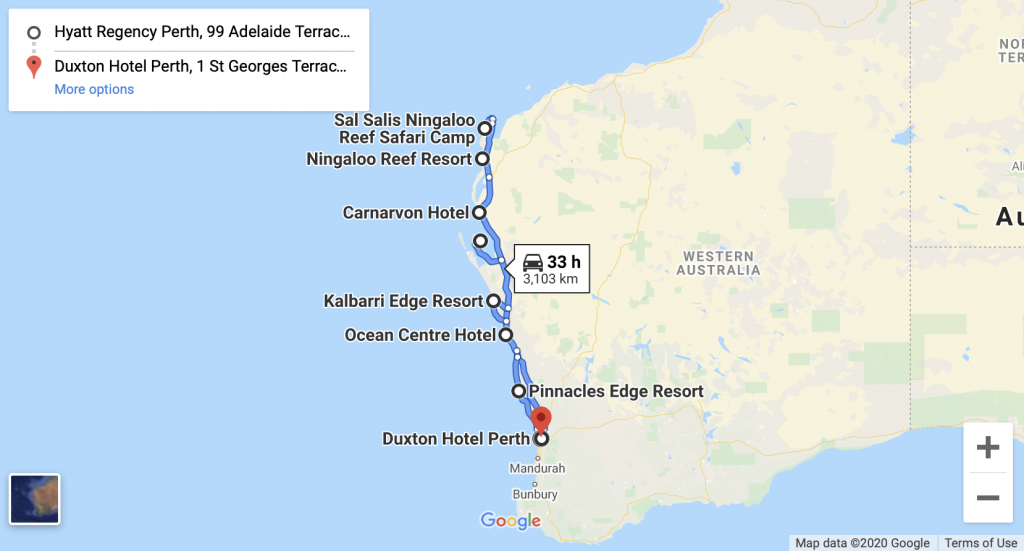 Exmouth to Carnarvon – Coral Reef, Wallabies and The Dish