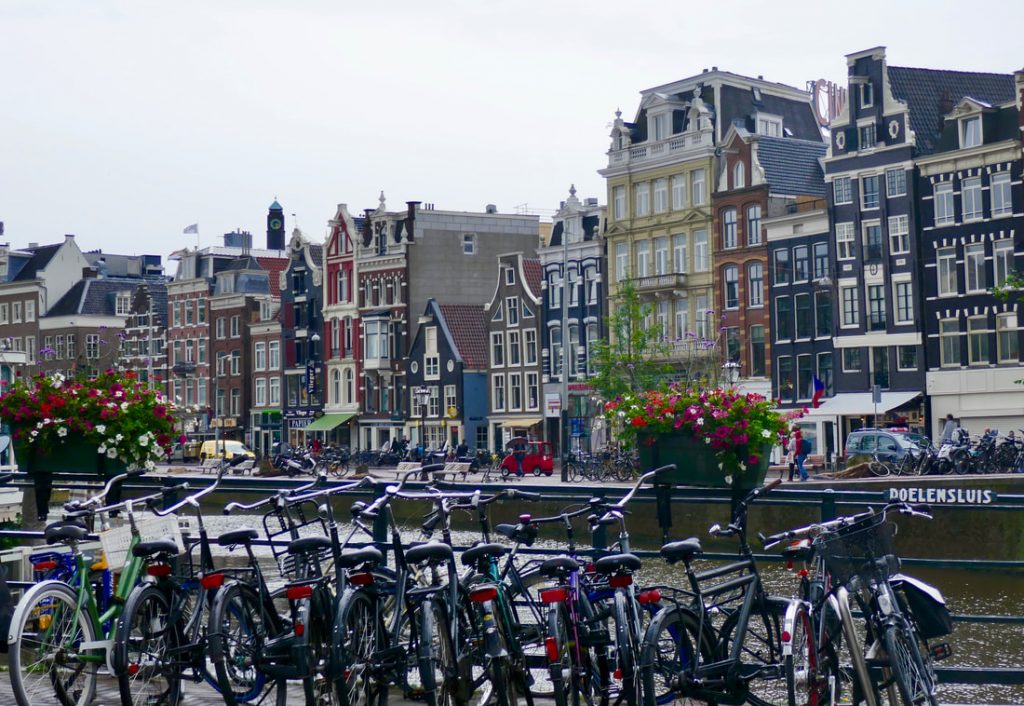 It is always a thrill when a flight drops you instantly into somewhere new.  When there is no length to the journey though, the contrast between home and your destination are definitely sharpened and Amsterdam is certainly very different from the UK.  There are as many bikes as people, more canals than Venice, alcohol is sold in cafes, marihuana is sold in coffee shops and prostitution is legal.  It’s only the fact that English is fluently spoken universally that makes it feel anything like home.

I am travelling with my daughter on this trip and we have three days to get to know Amsterdam and appreciate the best it has to offer.  I am looking forward to sharing the journey with her and seeing a new city through her eyes as much as my own.  We have based ourselves at the Pulitzer Hotel right in the centre of Amsterdam so we don’t waste too much time getting from A to B (see accommodation review for more detail).  Read more to see how we managed to fit everything in to the short time we had available.

A short early morning flight from the UK got us to Amsterdam with plenty of time to spend our first afternoon exploring Prinsengracht and De Negen Straatjes in the pretty Jordaan area.  The shops are quirky and independent with none of the boring chain stores that line the streets of many capital cities these days.  You can easily while away an afternoon strolling along and window shopping here and there are plenty of tempting places to pause if you want to rest your legs for a while.  The Bloemenmarkt was something of a disappointment (lots of bulbs and touristy souvenirs, but not many flowers). 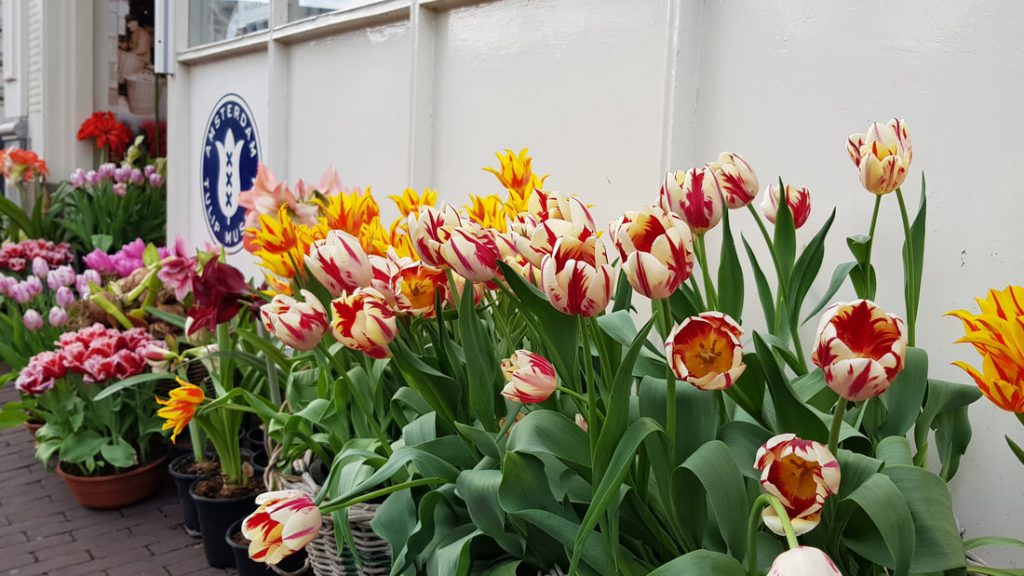 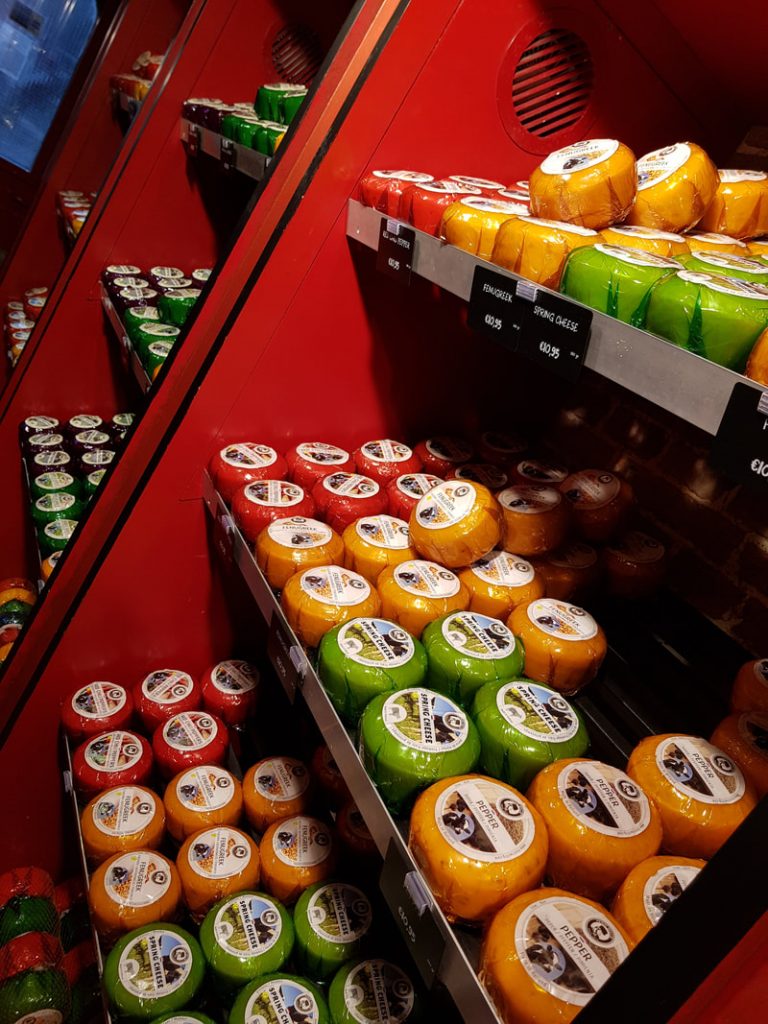 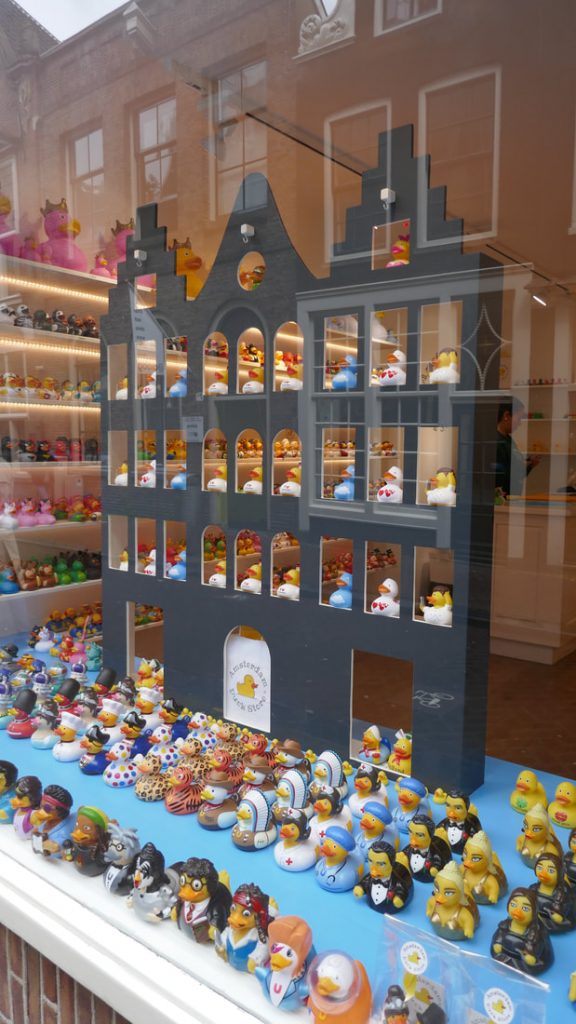 We had pre-booked a Red Light District Tour starting at 5pm.  The meeting point was Dam Square – easily walkable from our hotel.  You get a very different perspective on Amsterdam on this tour and it was well worth the cost.

It is a strange area to walk around – churches stand proudly right next door to red light framed brothel windows where girls pose openly in their underwear advertising their services to passers-by.  The area is well policed (the policemen wear plain clothes, so they all look like tourists) and there are cameras everywhere, so it feels safe.  Hen and stag parties abound though later into the evening and do the area no favours.

The shops are a bit different here too – you can buy everything from condoms (sized small, medium and liar), sex toys, underwear and soft drugs.  Our guide pulled no punches as he explained in detail how the area works – this was definitely an adults only tour.

I gradually began to get an understanding of the logic behind Amsterdam’s liberal attitude to drugs and prostitution from this tour.  At least if these things are out in the open, you can control them more readily?  Sex workers are protected by their union and work voluntarily, paying taxes as anyone else does.  They can choose whether to accept a client or not (I didn’t see anyone turned away though, which would have been interesting to watch!).  Drugs are carefully tested before being sold in coffeeshops, which reduces some of the risks.

Restaurant De Struisvogel – Nicely presented local dishes in a cosy basement restaurant – good value for money and just a short walk away from our hotel.  A lovely location to end our first half day in Amsterdam.

An over-priced Mint Tea in Dam Square.  For a princely 5 euros, I got to sample hot water poured an a soggy piece of mint and won’t be taking that option on the menu again! 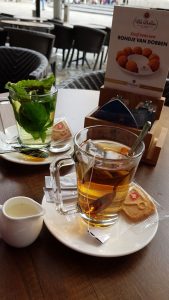 Seeing the city through the eyes of my travelling companion for the trip added a new dimension too.  “Aren’t you just a bit curious to try these drugs that are being sold everywhere?”  Well yes, I have to say that I am …