Skip to content
Love To Wander - A Travel Blog
We set off early this morning headed for Wind Cave. Tim – who I have now nicknamed Big Chief Sat Nav Ranger on account of his admirable (and enviable) navigation skills – managed to locate a giant Walmart before we set off and we made our best purchase of the trip so far – a jack for the car so that we could attach the iPhone and sing our heads off to Bruce Springsteen on the road. 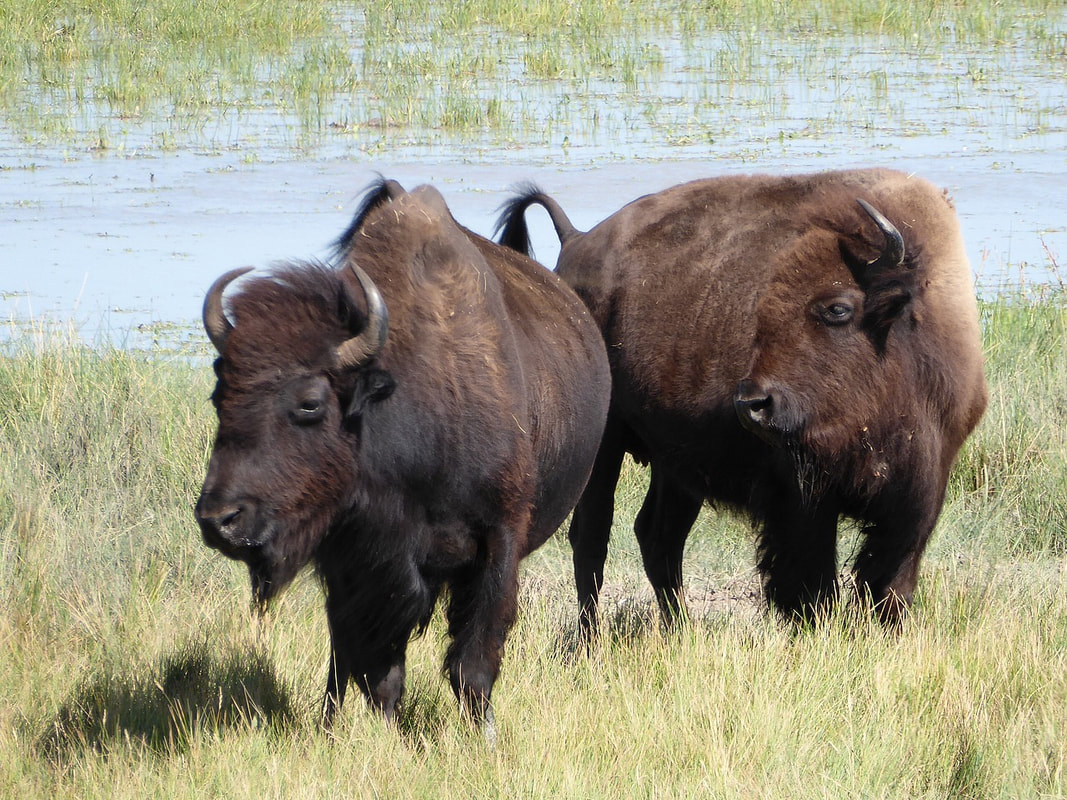 It was a long and winding road through the prairie to get there. The cave is situated where plains meet mountain, so we had lovely views of the Black Hills of South Dakota covered in ponderosa pine and also the vast sweeping expanse of prairie. The landscape is soft and undulating – all colours of pale green and gold – like a rich tapestry you could reach out and touch – only you couldn’t because there is just so much of it!

At Wind Cave, Ranger Rick treated us to an enthusiastic hour and a half long exploration – the Natural Entrance Tour .

The cave is the 7th largest in the world with over 100 miles of known passages. We saw very good examples of boxwork. the original tourists used to leave notes in these boxes – can you imagine? Now, you can’t take any rucksacks in for fear of causing damage! There was also popcorn and frostwork – the frostwork was hardest to see. Ranger Rick turned all the lights off for a few minutes, so we could imagine being the original explorers. It was so dark – complete blackness. if you hold your hand up In front of you, you think you can see the outline – but you can’t, it is your brain creating an illusion. You can see – absolutely nothing. The silence too is complete – deafening in the dark. The original explorers did this with candles in tins?! There were several hundred steps down, but thankfully an elevator back up – strictly 10 per lift – not a trip for claustrophobics!

. On the way, we say a herd of bison. So peaceful – you could have got out and stroked one they were so close to us – but maybe not … The bison were largely destroyed by the white settlers when they came – depriving the native Indians of their way of life. Decades later, bison were imported – from New York, unbelievably enough – and now roam free much as they once did. It was a privilege to see them happy in their natural habitat.

Jewel Cave was also beautiful – but nowhere near as enjoyable an experience as Wind Cave. If you only have time for one trip, Wind Cave is definitely your best option. Jewel has metal walkways – so it doesn’t feel as natural – although it does have great examples of dogs tooth and nailhead crystals.

We stopped at Crazy Horse memorial next. I wasn’t expecting much of this. I thought it was going to be just a tourist trap – an unfinished sculpture – why would you bother? It was worth the trip though. The sculptor Korczak Ziolowski – a polish orphan – was asked by Lakota Chief Standing Bear ro come to the Black Hills and carve the mountain. His letter said “My fellow Chiefs would like the white man to know that the red man has great heroes also.” So at age 40 with hardly any money to his name, he set out to carve the mountain – with dynamite and drills – a truly amazing endeavour. He married and had 10 children and they turned it into a family enterprise together. A number of the children still run it today. There is a great Indian Museum there and also a University. As dreams go, it doesn’t come more ambitious than this! Goodness knows when it will ever be finished. they are on Crazy Horse’s finger now – he points at the land – “Where are your lands now? My lands are where my dead lie buried”. They haven’t even started on the horse yet and they have been working on it in June 1948?!

We ended the day at the Mount Rushmore lighting ceremony. You have to be there at sunset – 8 pm. We bought an ice cream to see us through the 40 minute ceremony. Tim got served 2 scoops of mint choc chip – I was given only one and when I joked that this was discrimination, a battle between the two servers ensued resulting in two of the largest ice cream cones ever seen, Kelly from Utah was kind enough to take our photo

Kelly really loves ice cream… It was a slower walk than yesterday up the avenue of flags as we helped Kelly find the Utah flag to return the photo favour. the ceremony was accompanied by American pride music and a film celebrating the achievements of the American people and the four presidents immortalised in the mountain. Service personnel past and present were invited up onto the stage and each was introduced by name and service – a lengthy process. All stand for the national anthem (everyone around us knew all the words and sang up with pride) and the bringing down of the colours. Then home in a winding chain of chevrolets and other large American vehicles of all types along the mountain roads back to the brightly lit sprawl of Rapid City. The comfort of that massive king sized bed – so large, you deserve to get your passport stamped for making it from one side to the other – thankfully awaits.

Denver In One Day

On the road again …