On the Edge of a Forbidden Frontier

Kirkenes – the turning point of the Hurtigruten’s voyage – is just a few miles from the Russian border – where East meets West. Norway is a Schengen Agreement country.  Both Norwegian and Russian sentries have surveillance equipment at the border and the fine for illegal crossing – even just momentarily – starts at a massive 5000NOK.  Don’t even think about popping over to take a photo!  Using telephoto or zoom lenses or even a tripod counts as a violation as does throwing anything across the borderline.  Making contact with or acting in an insulting manner towards someone on the other side of the border is forbidden too.  If you look as though you might be about to break the rules, you will be punished as though you actually had – so best steer well clear! 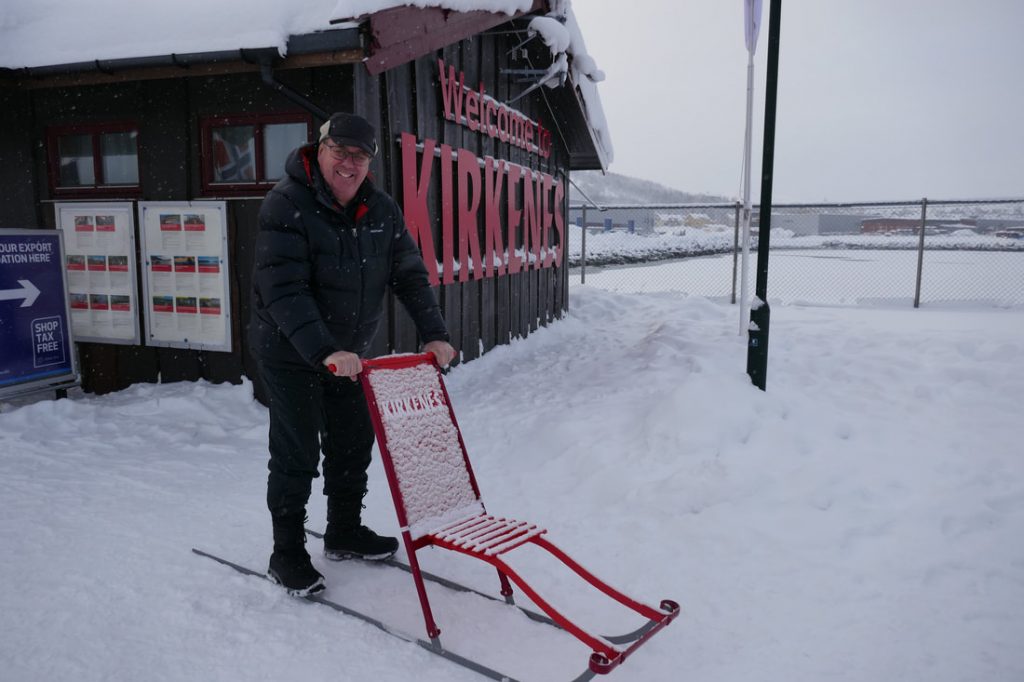 In fact though, it seems that over the years, the inhabitants of this far flung town have learned to get on very well with their Russian and Finnish neighbours.  This narrow strip of land borders both countries and children usually learn five languages – Norwegian, English, Russian, Finnish and Sami.  They are often fluent in all five by the age of six and don’t mix them up.  There are three different time zones to contend with as well – on New Year’s Eve midnight is celebrated three times over.

Goods like oil, cigarettes, meat and vodka are all considerably cheaper in Russia than Norway, so smuggling is common.  Vodka is brought in in plastic water bottles in disguise.

​Children are brought up to thrive in the cold temperatures – we passed a kindergarten en route where the babies were sleeping outside in -7 degrees.  It was a warm day for them today here – last week, it got down to -35 degrees.